The Architect & Me – Intro

I am not an architect, but I know one. I am not an interior designer, but I love designing interiors. No, I’m just a girl who, ever since she realized that she actually enjoyed interior design when she hung her first picture at the age of forty, has longed to build her own home. To pick every paint hue and every weary head-resting pillow. To select every distinct piece of tile and every width and dimension of trim. To determine the expanse of the foundation and the tiniest of fixtures. To select the perfectly hued hardware and the stately stained hardwood. I wanted to touch every piece with my hand, pick every item with my gifting and store every gift of the journey in my heart. But now that the opportunity is here, I’m seriously scared to death! So much so my iWatch keeps telling me to “breathe.” Who knew there were so many pieces and parts and knobs and hinges and window placements? But, somewhere in the middle of the mayhem is me and The Architect.

You may have heard of Him? His name is God. I call Him Father when we are in our personal conversations. He’s going to build a house with me. Better yet, He’s invited me to build a house with Him. It will work much better that way. I am a writer by trade. Not an architect. Not a builder. Not an interior designer. He, however, is all of the above. The author of Hebrews gives Him these titles when he writes about Abraham looking forward to heaven. He writes, “For he was [waiting expectantly and confidently] looking forward to the city which has foundations, [an eternal, heavenly city] whose architect and builder is God.” (Hebrews 11:10 Amp) But you also can’t avoid His interior design skills. I mean seriously, the sunsets! The sunsets that have made you pull your car over by the side of the road to take it in. Or screamed at your children to get their heads out of their electronics to take in the wonder. 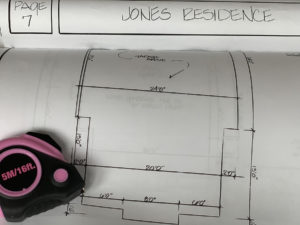 Or how about the sunrise! Oh, for those souls who actually know it happens, they would tell you it is a beauty that makes it worth stumbling bleary-eyed, with the steam of your hot tea fogging your glasses, to make sure you don’t miss it. And how about what He does in spring! When those first buds begin to pop out in peppermint pinks and lily whites and South Carolina Gamecock red. When the tulips burst forth in rainbow hues and speckle the ground with “Surprise! We’re here!” And let’s not even pretend fall doesn’t make us melt. The Vermont Green mountains with more variations of orange than Sherwin Williams. And that’s just the earth.

What about the assortment of animals, of colors and spots, of legs and wings, of noises and noses and of prowess and power? Then, there’s you and me. Oh my goodness the creativity! Not one… hear me… not one of us has the same voice. Of the gazillion people that are and have been not one of us has the same voice. To say He is the Architect of all Architects isn’t even a powerful enough descriptive for the Creator of heaven and earth.

So, when He invites you on a journey to create with Him a song, a baby, a book, a business venture, a garden, or a house, your heart needs to stop to fully appreciate the gift of such an invitation. I learned a few years back what an Inviter God is. He invited me to fast Coca-Cola for a year. It did not start well. I had a lot of choice words. It wasn’t until He let me know it was an invitation and not a command that I settled into the adventure. May I say it was one more adventure. (Even though I hope He never invites me on that one again…) 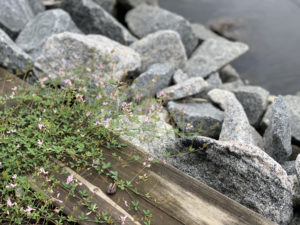 This invitation began on one of my marker birthdays. You know, the big ones you dread, that are far easier the day after than the turmoil in the year leading up to them. I was sitting on a lake in Georgia, a spot I’d sat on quite a few times over the years since Philly and I had honeymooned there. Something in my heart that morning prompted me to ask the Lord what He wanted to speak to my heart on this marker birthday. Immediately my covenant scriptures came to my heart. Isaiah 54. Now, I must be honest. I have a love-hate relationship with Isaiah 54. So, my first response was “please Lord, not those verses.” I heard Him quietly speak to my heart where His Holy Spirit resides, “no, the ones after them.”

This chapter of Isaiah begins “Sing, barren woman, who has never had a baby. Fill the air with song, you who’ve never experienced childbirth! You’re ending up with far more children than all those childbearing women.” God says so!”

When the greatest wound of your heart is that you never had children of your own, this verse can be a bittersweet balm. But this time it was the next three scriptures that He wanted me to hear.

In that moment I was just so grateful it wasn’t the first part that I don’t know that I fully appreciated what all of this meant. But He would make sure I got the message. A few weeks later, at a birthday party our ministry prayer team (and my sisters from other mothers) threw for me, each one went around the room as I opened their gifts and told me why they got me their gifts. When it got to my precious friend, who I affectionately call “baby sister,” Stacey, she said, “I have no idea why God wants me to give you this, but I just felt really strongly that He wanted me to.”

Now you must know, I had told no one, not even Philly, what I felt God speak to me on my birthday. I opened up her beautifully packaged gift and pulled out… ready for it? A tent peg. Attached to the tent peg were the entire verses of Isaiah 54:2-4 written out on a card. God was making it clear this was what He wanted me to hear.

My heart thought it meant He was wanting me to enlarge my vision for what He wanted to do with the ministry. That I needed to surrender what had been and open my heart to prepare for more. I needed to dig in deeper to Him in my intimate space so He could strengthen my stakes. I must say all of this is and has been true. But I have also said for years that what we see in the natural is often a picture of what is happening in the spiritual. 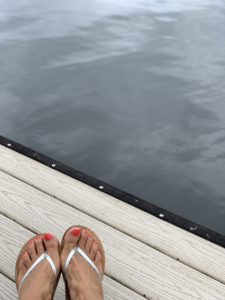 A year later, on my following birthday, I was back on that same lake. Except this time, I was sitting on the dock of the piece of land we had just purchased. The events that surrounded that purchase were so extraordinarily miraculous, so divinely orchestrated, and so beyond anything that had been on our radar at this moment in our life. But as I sat there, pondering the scripture God had spoken the year before, I knew in that moment that He hadn’t just meant literally. He had meant spiritually. And that day I heard Him speak to my heart again. This time He said, “We are going to build a house to house my glory.”

I did not fully understand then, nor am I completely sure now, what all of that means. But He’s told me to journal it and share pieces of it as we go. I am discovering already that it is healing places in me I didn’t even know still needed to be. My prayer is it will minister to you as well on your journey. This is exceptionally vulnerable for me. I do not know what some may think or what accusation they may have. But I’ve tried to live surrendered and obedient. I became a lot more afraid of being disobedient to the directives of my Heavenly Father than fearful of what people think about me a while ago. So, here we go. I invite you on this journey with The Architect and Me.

– Asking God what He wants to say on your birthday might actually find Him speaking to you.
– Paying attention to the beauty of creation might actually let your heart know that Someone who is indescribably gifted, loving, and present created you too… so that you would come to know Him.