The Architect & Me – Part 5: Coming Out of the Dark 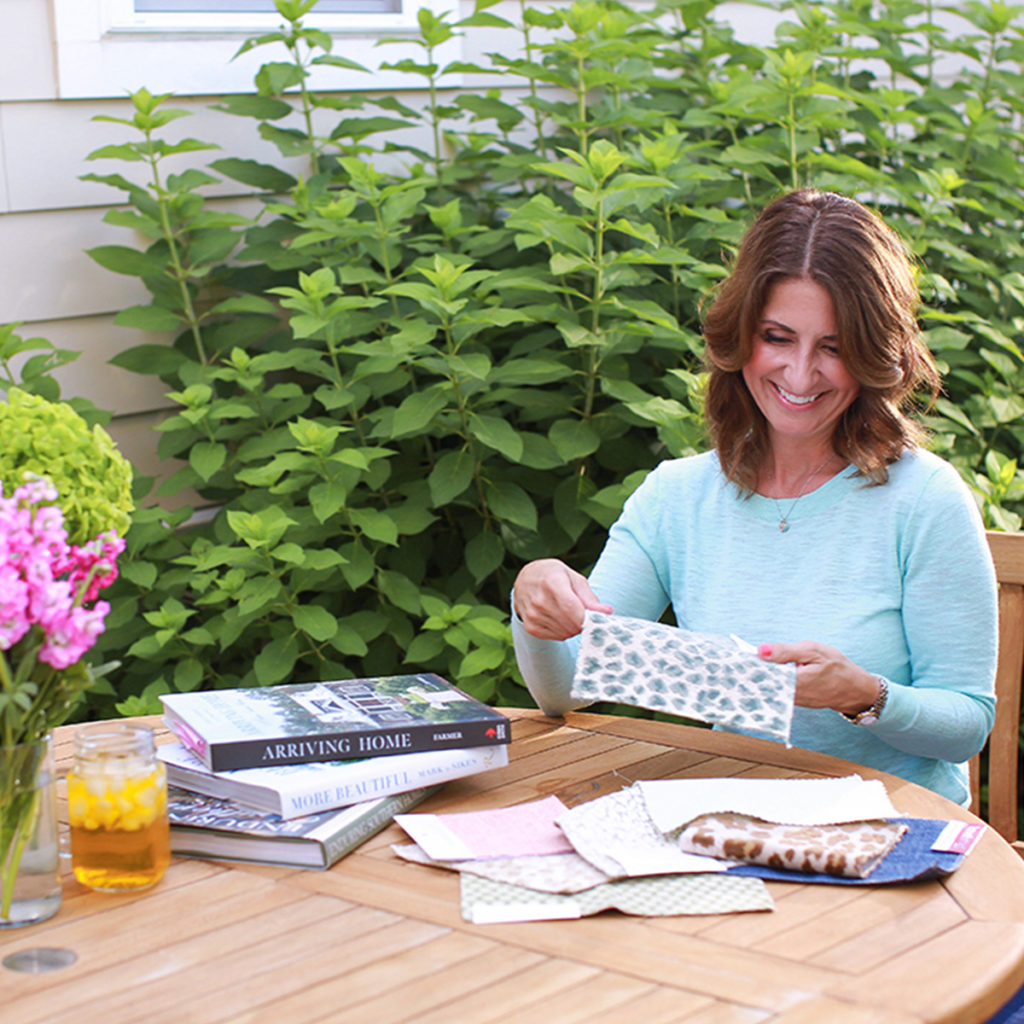 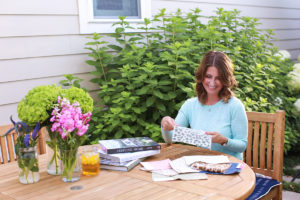 Three years after we got married, I heard the words I had been longing to hear Philly say. “We have enough extra money for you to do some things to the house.” I’m still shocked as I write this, that those were words I longed to hear Philly say. But from the time I moved in, the dark khaki walls, the dark wood cabinets in our kitchen and bathrooms, the dark slate backsplash and the dark furniture (are you seeing the theme) made me feel claustrophobic. My heart had been in the dark long enough. Now it was craving light. Beautiful, beautiful light.

When I moved in and began to hang my pictures and place furniture as our lives and homes joined, I realized not only could I decorate, but that I loved decorating. As I knew where each picture should go, as I was able to hang pictures perfectly straight, as I decorated bookcases knowing exactly where to place each book, each vase, each accessory, my heart was both dismayed and delighted. I remember telling a friend once about my former husband, “Whenever we move, one of my favorite things is to sit on the sofa and watch him decorate our bookcases and watch them come to life.” Now, here I was, me, not just decorating a bookcase, but decorating making it come to life, too. It’s moments like these in each of our stories that God redeems something, snatches it back from the hands of the enemy and reclaims it as if shouting, “YOU WILL STEAL THIS NO MORE!” Or in the words of Madea, “THE DEVIL IS A LIAR.” 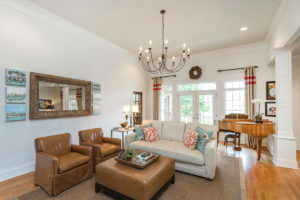 It’s one thing to think you want to do something, it’s another thing to think you could do something, but it is something altogether to realize you can do that something. During that week of moving into Philly’s home and making it ours, I realized I could decorate. From then on I began tearing inspirational pages from home magazines. But want to know where I tore them from? Get this… don’t freak out… ready? From magazines I subscribed to! What?! Yes, me! I spent my own hard-earned money on subscriptions to house magazines. To House Beautiful, Veranda, and Southern Living. It was as if that day at the bookstore they had said, We really can be good friends. The first time a Veranda arrived in my mailbox with my name on it I laughed out loud. I mean stood in the kitchen laughing as if someone had told the most hysterical joke and there wasn’t another person in the room.

That is when the shift happened. My heart was no longer just discovering it wanted to hang some pictures; it was discovering it wanted to decorate an entire home. Our home was a present-day combination of furniture Philly had bought to “get by” when he moved in and all of the furniture from my first marriage. I wanted my old furniture to be gone. Honestly, I needed it to be gone. Don’t get me wrong, it wasn’t because it wasn’t nice. It was extremely nice, but it wasn’t me. In fact, there was one chair with an ottoman that one of my bonus daughters hated. It was animal print. My first husband had saved that fabric for the perfect chair for years. Now, every morning that chair stared at me while one of my bonus daughters walked by it in disgust, mumbling how much she hated it. 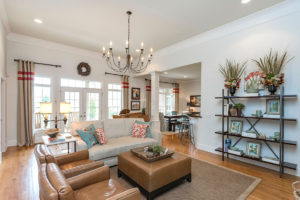 Every time she mumbled beneath her breath about it my heart wanted to take it personally. Another moment of rejection. Moving in had given me so much confidence in designing and making a home. Yet, here it was being rejected. Again. Reject my chair. Reject me. Until I got honest with myself that I hated that chair, too. Then I began to dig into her heart. I needed to know why she hated that chair so much. Until finally, I discerned that what she hated was the print. The night her mom and dad had sat her and her siblings down to tell them they were getting divorced, she was sitting on an animal print ottoman. Trauma holds no punches. Nor does it ask when it can return. It attaches to a memory, a smell, a word, an emotion, and before you know it you can be back there in a moment experiencing the same feelings separate of the supernatural healing power of God.

So, when we had the money, that fabric was the first thing to go. For two years I had collected an entire filing box full, a filing box that I purchased specifically to put house pictures in no less, of design inspiration! I was as ready for Philly’s statement that day as sweet potato butter is for hot biscuits. I didn’t take two seconds to respond to his offer. Before he knew it, I was ordering fabric and picking out paint colors.

One picture in one magazine served as my main inspiration. I had this picture of a beautiful family room for about a year. I had researched everything in it. The Origami White paint color. The stunning sea foam blue linen fabric with these bursting coral flowers that was on the pillows. So, when he pressed go I knew exactly where to go and what to buy. With those first two items every other item fell into place.  The cream chenille would recover the sofa. The small print cotton wool blend in sea foam green would cover the animal print my daughter and I abhorred.  The taupe linen draperies with the contrasting coral stripe would hang by the windows in the family room and the kitchen. Waking up in the middle of the night my mind would confirm and confirm again the choices I was making. It would be a total redo of the family room, the kitchen and the master bath. A redo that had come from my mind and my heart and my giftings. 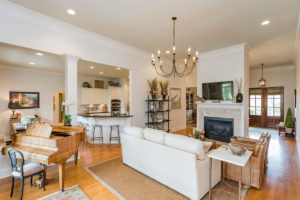 It would all start with the Origami white paint color. While we were out of town, our friend Jerry painted the house while another team painted the cabinets. That entire week away all I could think about was the moment I would step into our home and see the vision coming to life. When I returned my hand rested on the doorknob as my heart thumped as if with a megaphone. I opened the door and every ounce of breath escaped from my lungs as if crushed with a boulder. I was officially engulfed by a tsunami of white. Stark. Shocking. Engulfing white. It was at that moment that I realized I was not quite as equipped for design as I had thought. There was white everywhere. I mean everywhere. What had I done? How had I gotten this so wrong?  Granted, all of the furniture hadn’t arrived yet, but it shouldn’t look like… like… this. I kept shaking my head wanting to cry. I went and grabbed my inspiration picture. There it was. Of course. How had I missed it? I had not taken into account one of the things that made the picture I had used as my muse so stunning. It had these beautiful white walls, but it had luscious dark moldings and doors and dark beams on the ceiling. My trim however was not dark. My trim was whiter than Origami White. And I didn’t have aged wood beams on my ceiling. I had a ceiling paint that still had a hint of green from the former homeowners who had a thing for green…

No, I walked into a house so white you could have thrown a mattress in the room and a metal toilet and called it solitary confinement. My heart sunk. How did I fix this? It had taken them a week to paint and my house was a wreck. The recovered furniture would be arriving soon. And I couldn’t afford to have the trim painted dark and there I stood. In a bleached family room. The accusations started to roll. You are such an idiot. You think you know how to decorate a home, but you have made an utter mess. And you did it with Philly’s money. And even what he gave you was a sacrifice. You thought you were a designer.

I didn’t waste time arguing. The accuser was right. I stood in the room and had a good cry. But in the middle of the tears, I heart another voice. Lift your head. I looked over at the church painting Philly had bought me for my birthday that year. I had walked by the artist’s booth at the Factory in Franklin so many times, pining over one of her creations. She did churches and barns and angels and I wanted one so bad, but they were a substantial investment. So, for my birthday he surprised me with a church painting that had streaks of blue and brushes of coral. It’s going to look beautiful. The voice came from my heart this time. Not my head where accusations arrive. Just hang it up. 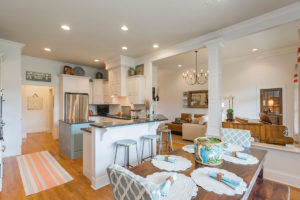 I swiped at the tears and retrieved my tool tub. Philly has an immaculately kept toolbox. Just as immaculately kept as his drawers and his office and his car and the compartments in his brain. I, however, have a tool tub where all of my tools are dumped into it. Similar to everything else in my life including my one compartment in my brain. I hammered a nail. Perfect height and centered the first time. Then hung this treasure up on the wall. I stood back to take it in… all in. Not too bad, huh?

I shook my head.
We can do it.

This time I nodded. And we did. Together, the architect and designer of my heart would allow me over the course of the next ten years to put my touch on every single square inch of that home. Every bathroom. Every kid’s bedroom. I was even able, after five years of having my desk in the middle of the playroom, to build my own office. That home became a haven and a place of healing for so many hearts over the time we would live there. What I was incapable of knowing when it all began was how each drapery and duvet, each fabric and fixture, each pillow and painting that I sourced would become a haven and healing to mine. 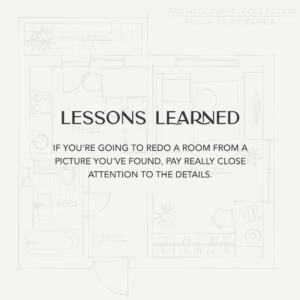 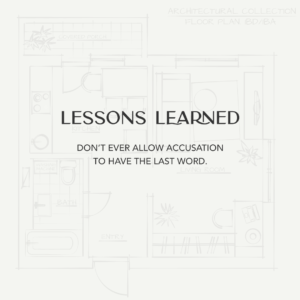