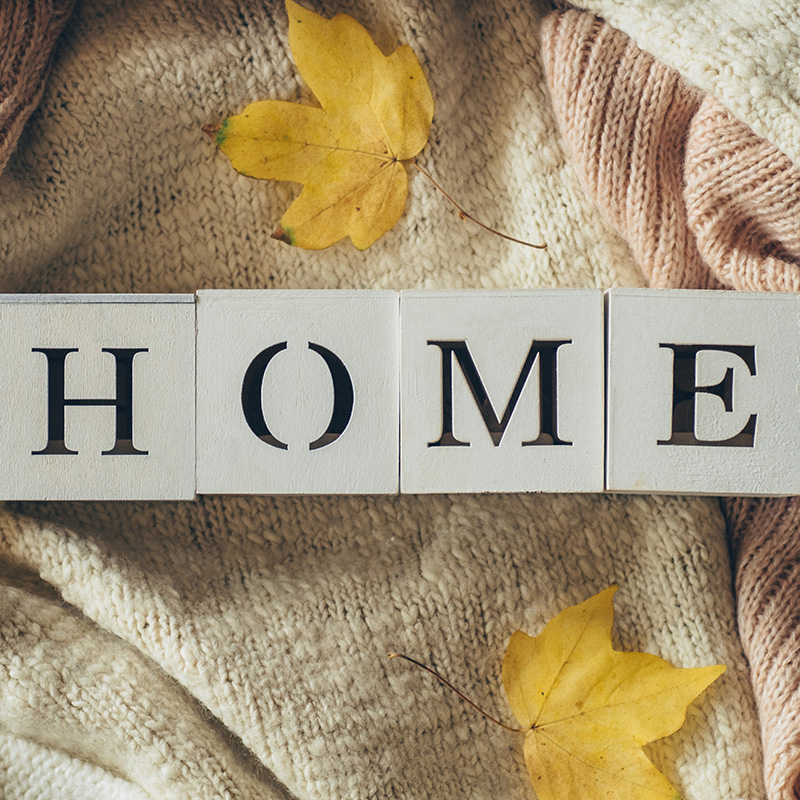 When I married Philly, I moved from a neighborhood called Westhaven to a street called Deer Haven. However, there was a discovery at Deer Haven that had never made its way to Westhaven. The discovery happened at the decision to move from Deer Haven and downsize as the youngest was about to leave for college. The decision was met with sadness. Deep sadness. And it wasn’t from us. We were making the decision in hopes it would prepare the way to build at the lake in a few years. No, the sadness was from our friends. Our family.

“I just feel so at home here,” one said.
“But this is where we come for our holidays,” another reminded me.
“We’ve prayed so many prayers here.”
“Aunt Niecy, this is the only home I’ve ever known.” 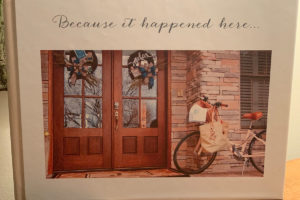 These words were foreign. Holy. In my lifetime I’ve lived in 15 different homes and two apartments. I’d never heard words like those. I wasn’t even sure I had ever felt that way myself other than one home from my childhood and one home in my first marriage.

I sat with the words of friends and family for a couple of days along with a picture book of countless memories from our home one of our prayer team had made entitled “Because it happened here.” I wrestled with guilt, as if I was taking something from them. Then, I heard the Lord whisper, “It’s not the home, it’s what they feel in your home.” 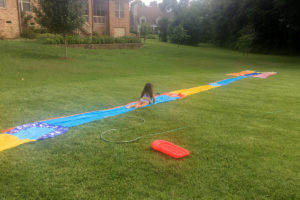 We had become the Memorial Day, Labor Day, and 4th of July Day host home. I’d make my famous fried chicken and Philly would stretch out our redneck swimming pool (three Slip ‘N Slides all hooked together), and a show would be put on by children and grown men alike. We’d play tennis baseball in the side yard until the old people wore out. One holiday we even stretched out a huge tarp, covered it in dish soap for a raucous game of soccer, with the teenagers against the dads, the dads being too dumb to realize that broken bones at their age weren’t the best idea. Each moment soaked in laughter, slathered in story, and drenched in living. 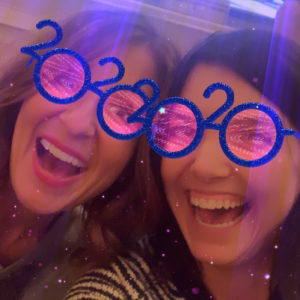 It was the host home of the New Year’s Eve parties where we ate really good food, rang in the new year on Eastern time, played ridiculous games and celebrated my friend Tina’s birthday at the dawn of a new year. It was the home that loved on single women on Valentine’s Day so they would feel cared for and treasured. It was the large sectional where me and my girlfriends would have movie day where we’d stay in our PJ’s and comfy socks and watch old movies until Philly came in the evening to try to get his TV back, and then we’d torture him with the very last one of the night. It was the home where visions were cast for the ministry, where a prayer team had prayed weekly for a decade. It was where teenagers had been loved and fed and discipled, marriages had been counseled and countless lessons had been taught in person and via social media, and where hearts had even moved in for seasons in order to mend.

And it was the home where we had become a family. The painfully beautiful family that we were. Where Philly had made his famous home economics birthday cake. Where backyard plays were put on for anyone willing to watch. Where the trampoline had provided both bruises and belly laughs. Where bike rides and blackberry pickings and Mario Karts and bedtime prayers and Winne the Pooh songs made memories and magic. Where wrestling matches had taken place literally and figuratively as we melded lives and learned how to love. Each experience of family and friend making hearts feel what Paul wrote in Ephesians, “both whole and holy by God’s love.”

Yet the word that was expressed most was “peace.”

“Your home is so peaceful I just don’t want to leave.”
“Every time I walk into your office, I just feel so peaceful.” 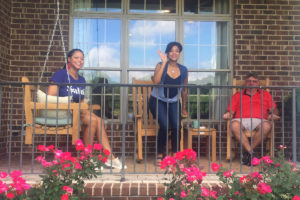 It was such an answer to prayer. I prayed often that our home would be a haven of peace for others and maintaining that peace was very important to me. I had never heard anyone say how peaceful my home was when I lived in Westhaven. But I heard it over and over in Deer Haven. The difference could only be my heart. This home still held challenges and heartache. As painful as my first marriage was, the years of choosing to become a bonus-mom to five kids at pivotal ages was just as challenging and painful at times. But the difference was my heart and Philly’s heart. We held onto peace.

Isaiah 26:3 says, “You will keep in perfect peace all who trust in you, all whose thoughts are fixed on you!” That is where we lived. When life got the most difficult, when challenges were at their peak, when it felt like something unholy had arrived to hijack peace, Philly and I would set our minds back on what we knew. Jesus was with us, for us, and would guide us, protect us and fight for us. Then, peace would come. Whenever we moved to our own way of thinking, peace would flee. I had lived with fleeing peace for a long time and had determined I would not live that way again. What people felt was a by-product of the healing Philly and I had fought for in our own hearts and the battle for peace we continued to choose to fight. 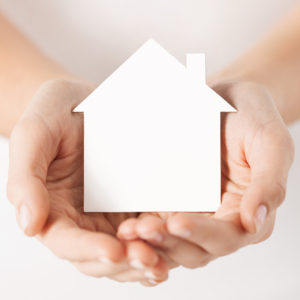 The morning of our move I got up super early to have one last quiet time in my office. During our first five years of marriage, my office had been my bonus-son’s little white desk with football handles in the corner of our family room. Eventually we discovered a great space in the attic and built me an office. That office had housed more prayer, tears, conversations, lesson preparation and dreaming than maybe any other place I’d ever been. I was scared to leave. What if we didn’t have in our new home what we had here? What if no one felt the same? Wanted to come? But then I remembered, the haven that had been created wasn’t defined by the walls and windows or the street name. It was defined by His Presence and His Peace. I can tell you now, we’ve lived in our new home for one year now and had more game nights, more laughter, more visitors, and more fried chicken, and the word continues to be, “I just love your home. It is so peaceful.” Proving yet again, it isn’t the house, it’s the heart of the ones inside.

As I ponder the house we are building now, my heart often wonders how long it will take to hear those words? I pray it won’t take long. 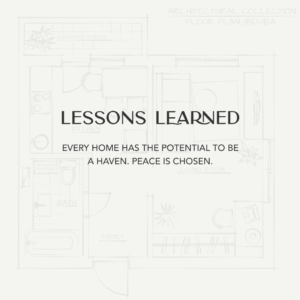 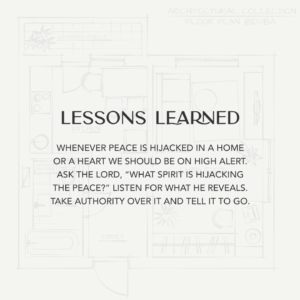