The Architect & Me – Part 9: The Pen Tells the Story 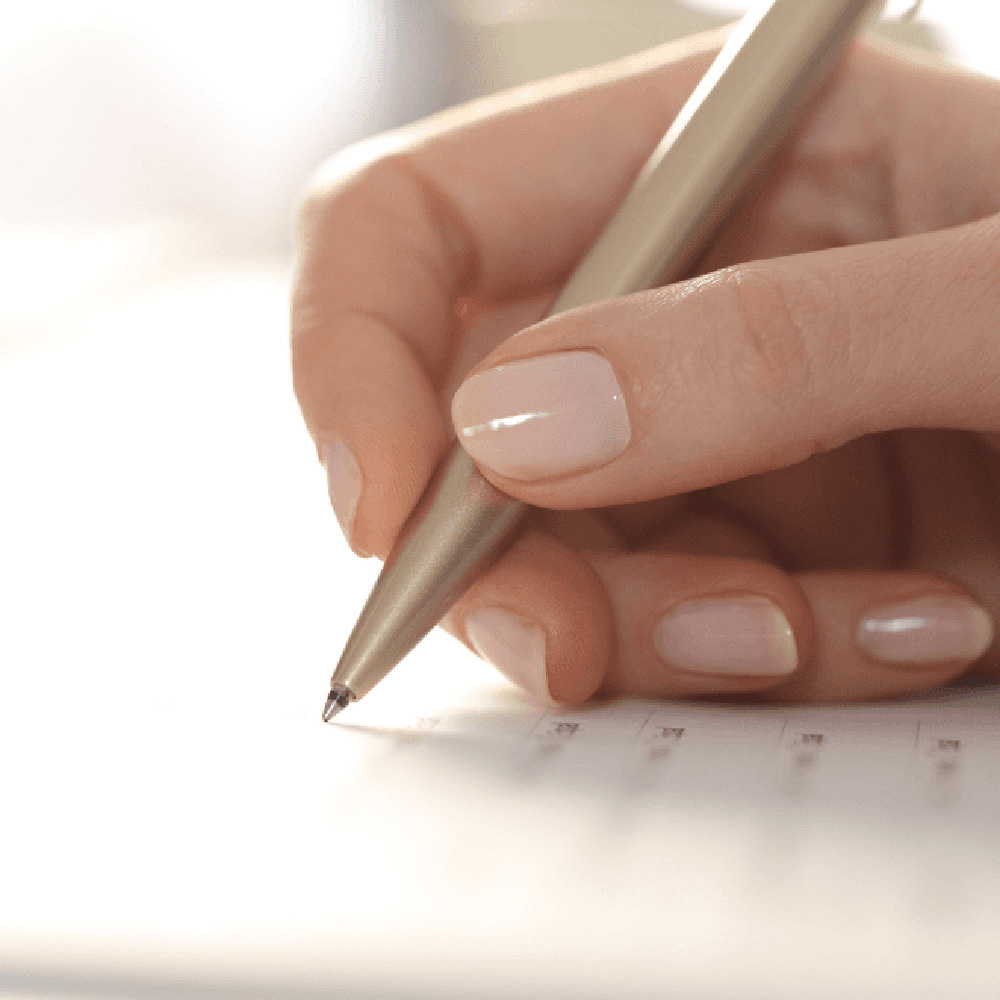 If pens could tell stories the number of books they’d fill up could be stacked to the moon. Think of all the things your pens have done. Remember that love letter to your fourth-grade crush? Check yes or no. Or the birth certificate they signed when that little miracle came into the world? Then, there was the death certificate that changed the course of your life and grief still slips in when you least expect it. Remember the time it signed the loan for the new business that had been birthed in your heart long before it ever became brick and mortar? Or how about the time it wrote the list of all the characteristics that you wanted in a spouse? Then there were the ones that wrote your life on the pages of a journal, your notes in red in the margins of your Bible, the ones that wrote down the visions in your heart. Well, today, I’m holding a pen to sign on a deed for land that will build a home for a dream long held in mine. This land is ours. This small piece of property surrounded by water is today officially ours.

Now, it begins. And God made it so easy… It had just been a picture on an email. Then we saw it and it was seared on our hearts. Now, it was ours. So, now what? 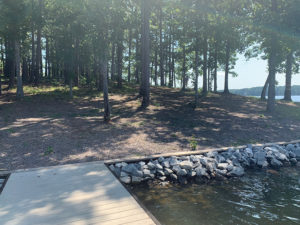 We would need a builder.
Don’t you have to search for builders?
Make a list of three or four.
Interview them.
Talk to their previous clients and make sure you’re a fit.

But, when the Jones brothers showed up on our land to consult with us as to whether what we would want to build was doable on this piece of property, well, those two Georgia boys quickly felt like old college friends. Down to earth. Kind. No fluff. They walked that red Georgia clay with confidence and knowledge while offering their advice through genuine southern drawls that made fake ones on movie screens sound like chalk on a chalkboard. Our spirits immediately knew we felt peaceful with these two.

Then they took us to a house on the west side of the lake that they had recently finished. I tried to play it cool, though that has never been my strength. My mind was screaming, “Sold!” As every detail, every piece of trim, every cut stone, every shingle on the house was done with such excellence I knew we’d just found our partners. They had no secretary, but they had Ford F-150’s! Philly needed no further evidence.

“What do we do next?” Philly asked. We were so green.

“Well, we will send you over a contract to look through.” Jones brother one offered.

“Do you have any architects you recommend?” Philly inquired. 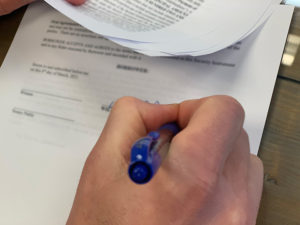 The second brother responded. “Honestly, you really don’t have to spend that kind of money. We have a great designer we work with that can draw up your plans for a fifth of the cost, and she has done a lot out here. I’ll reach out to her and get y’all connected.”

Philly and I looked at each other like, “Surely we are not doing this right? It cannot be this easy.” But isn’t that what we prayed? Down on the dock that day, didn’t we ask you to make this easy? To lead us clearly to the right builder and the right architect? We had. We had prayed all of those things. And here it was. You were doing everything we had asked. And now we were about to build a house with Jones and his other brother Jones and their new brother Philly Jones!

As we left the lot we officially owned, we now had partners for the journey. Partners with no secretary. What could go wrong with that? I’d discover along the way, when God is the Master Builder, even the bumps can be beautiful.

Signing the contract to work with the Jones Brothers would be the second easiest piece of paper we had signed in a month. Though, you never fully appreciate how much your life can change with just a stroke of a pen. 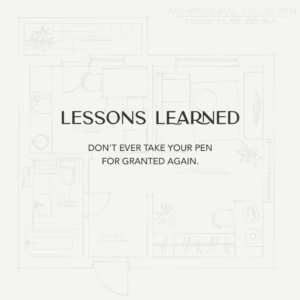 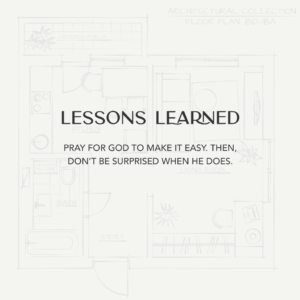